Is anyone else having trouble with the quality and frequency of refresh rates? Is this an update software issue or a hardware issue? - by Bolon_Imix with 0 comments

Marker price increase and shady company. - by No_Contribution_4298 with 0 comments

I find it interesting that there is not much discussion about how Remarkable increased the price of the Marker Plus to $130 at the same time they introduced the subscription model. I mean the pen was already overpriced for what it is and now this. They can try to hide things all they want but all this mumbo jumbo about new customers “saving” money is BS. The Remarkable 2 experience as a whole has gone up in price…from where it was which already was at premium device levels. Anyone looking at buying a Remarkable to use for years is looking at some serious cash just to have what existed before 10/12/2021. $8/mo for what amounts to absolute basic service is just crazy. I mean seriously people are expected to pay to be able to email themselves a file off a device they own?

Marker Plus Teardown? - by Worried_Writer_2777 with 0 comments

Does anyone have pictures/video of someone taking this thing apart before I break my spare stylus out of curiosity? My eraser stopped working a few weeks ago, and I’ve already ordered a third party replacement plus a spare. So now it’s only purpose is being the redheaded step-stylus in my electronics hoarding/recycling bin.

My custom PDF template for note taking (free download!) - by poopmonster22 with 0 comments

I just got my Remarkable a few weeks ago, and i’ve been loving it so far. I designed this simple PDF template to help organize my note taking and expand upon the default notebook functionality. Just thought i’d share, especially with so much drama surrounding the remarkable rn

The main page is essentially the same as remarkable’s default checklist template, but each checkbox contains a link to a separate dedicated page for adding more detailed notes.

Remarkable is offering up to $150 discount with Connect subscription and additional $40 off with referral link. - by Any_Use3622 with 0 comments

r/RemarkableTablet - Remarkable is offering up to $150 discount with Connect...

Just got my remarkable with the $150 discount from Connect subscription, it made the reading much more attractable. Also, both the buyer and the referral could get $40 with the referral link (remarkable.com/referral/ABB3-EKPD).

Still in my 30 day window - by scubabenj with 0 comments

r/RemarkableTablet - Still in my 30 day window

I love the device so far but just caught wind of this tonight and feel the strong urge to run like hell. Is there anything comparable that you all would pivot to in my case? I am using the RM for to do lists, PDF reader, and day long note taking at work.

Edit I’d love to stay with rm but their circle talking about how long I can get by without a subscription really leaves me feeling exposed.

Thanks for any feedback!

Rest in peace remarkable, used all my savings om it and I manage to break it. - by Ammar098 with 0 comments 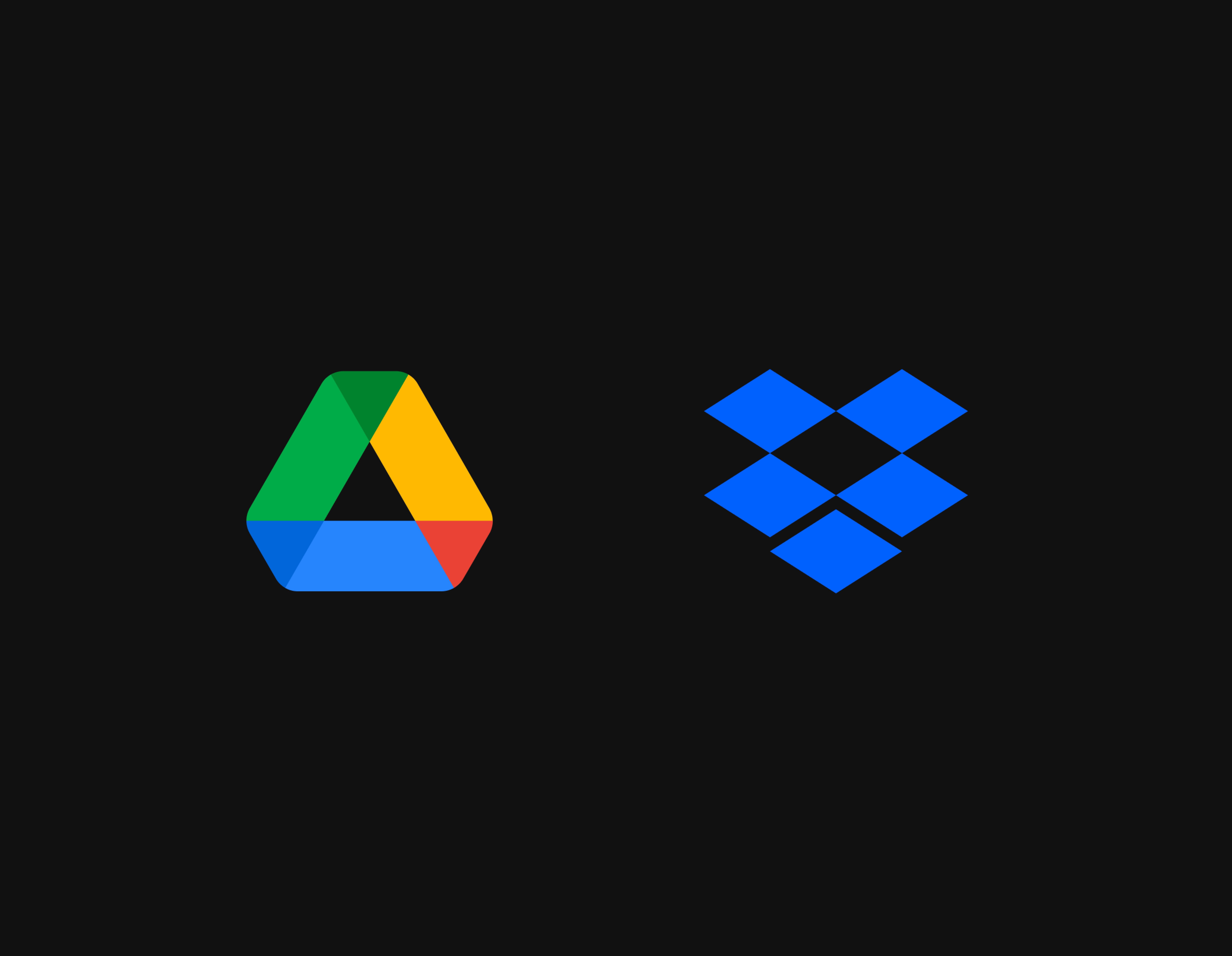 Hello, as you may know - reMarkable introduced their Connect and Connect Lite subscription plans earlier this week (https://remarkable.com/store/connect). This thread is for any discussion related to the subscription and the device price changes that relate to it. I hope this post serves as a central location for quite a bit of Connect discussion but if you feel like you’d like to make a separate post about any topics discussed here, that is perfectly fine.

As always, the same rules apply here as the rest of the subreddit.
Thanks!

Is there any way to add a Chinese keyboard to Remarkable? - by fungigamer with 0 comments

r/RemarkableTablet - Is there any way to add a Chinese keyboard to Remarkable?

I managed to show Chinese fonts, but what about a Chinese keyboard? Either pinyin or handstroke would be good.

Is there an alternative ocr (conversion text) system? - by federvar with 0 comments

r/RemarkableTablet - Is there an alternative ocr (conversion text) system?

If I was to hack my device and completely avoid the remarkable tools, would it be possible to manually convert your handwriting to text? Could I somehow open the .rm files and use a converter app to do the trick?

Does anyone else have a Linux laptop? - by notallgoldglitters with 1 comments

r/RemarkableTablet - Does anyone else have a Linux laptop?

I was able to get the software installed through play on Linux but because it is just a wrapper for Windows calls, the desktop app is just SO PAINFULLY SLOW I can barely use it.

Does anyone have a better alternative?

Hi, so it is a known fact that the remarkable marker (white) gets discolored over time. Either it gets yellow or grey and I hate that.
So I am going to paint it to black so that it hopefuly looks a bit better that that ugly yellow.
Does anyone have any suggestions about how to do it, currently I find that my best option is to paint it with a matt black spray. What do you think?

Screen Share not working, any suggestions? - by Asaraspo with 2 comments

I got my reMarkable 2 more than a year ago and didn’t have any major issues so far, but Screen Share is not working at all. In a PDF or Notebook i am getting the information about Screen Share. As I am selecting “Connect to app” there is a small bar saying I need to accept it by using my App, but there is no message at my Desktop App.

Additional information: My Subscription Plan is Connect, both devices are connected to the same network and the App is installed at my Desktop PC.

I’d like to add that I tried a different device and the connection via USB-C as well.

Do you have any ideas how to fix it?

Headphones / rM1 - by vapidegbert with 0 comments

Amidst all the heat of the Connect discussion, I just want to say how awesome the reMarkable is for sketching. - by Alak87 with 0 comments

Which pen do you use when taking notes? - by fungigamer with 0 comments

r/RemarkableTablet - Which pen do you use when taking notes?

workflows for automatic day-view google calendar export to PDF onto RM? - by throwaway_fa8chaRi with 0 comments

I use my Remarkable to block out chunks of days, one day per page, kind of like a day-to-view diary. At the moment I do this in a notebook with hand-drawn times on the left-hand side and copy a template page with hard stuff like start/stop work times, lunch, etc.

I would like to experiment with instead having a pre-populated day view, populated with data from my google calendar.

On desktop, in google calendar, I can visit the day-view and “print” a PDF, save that to Dropbox/some other route onto the Remarkable, then sketch on that. But I would like to try and automate this workflow.

If you ordered reMarkable 2 recenty and you’re still waiting for shipping confirmation, check your email. - by Nervedful with 0 comments

Remarkable subscription - by Knox_Dawson with 0 comments

I’ve been thinking about the recent changes at remarkable. Mostly they sound odd, like the company has been taken over by dark forces. I’m eligible for continued access to their cloud for as long as that lasts, and I signed on to that.

But lately, particularly after setting up RCU, I’ve had zero need for their cloud.

Unlike what they imply, their cloud is NOT a backup of your data. I deleted a bunch of stuff once, and the cloud didn’t help because the stuff got deleted from there, too. (This was before Trash.) They helpfully restored my files, but not the file *names*. So I had to manually rename them all (talking hundreds, here). The windows app helped there, because I could type the names in.

Since then, I’ve been backing up via ssh, and now via RCU. I find I use the apps practically not at all, and I do use LiveView not at all.

I can live without emailing notebooks, because any time I have my tablet, I also have a laptop handy. Ditto for sharing on google drive.

Long story short, I’m just not sure what to think about the switch to subscription services. In many ways, it doesn’t even affect me.

It does, however, affect my opinion of the company. I join the group of folks who will no longer recommend remarkable to others. What are they thinking?

How dependent on Remarkable staying in business and keeping servers up are these tablets for say even the most basic of functions, just an electronic notebook? I’m guessing we’d be out of luck with using it as a reader even as don’t things have to pass through their servers to get to the tablet? Its not a direct PC to tablet upload huh? Are am I getting things confused?

It just dawned on me with the uproar over the subscription and the existing high cost of entry that without them staying in business and not shuttering the servers then these things kinda become expensive paper weights? I suppose some may have hacks or things that resolve some of that?